New Delhi. Dr. Shankar Dayal Singh Janbhasha Samman for years 2013 and 2014 were presented to Dr. Ashok Chakradhar and Sri Balendu Sharma Dadhich respectively at a function at the National Museum, New Delhi by Gen. (Rtd.) Dr. V.K. Singh, Minister of State (Independent Charge) for Statistics and Program Implementation, Government of India. The Award carries a cash prize of Rupees One Lac and a citation.
The award is in the memory of Dr. Shankar Dayal Singh, parliamentarian and Hindi laureate. Dr. Singh was a prolific author and a popular columnist. He authored more than thirty books and edited many more. He served as member of both the houses of Parliament.
The award is presented to a person or an organization which has significantly contributed to the propagation, development and growth of Hindi, including its dialects. The recipient of the award for year 2013, Dr. Chakradhar is well-known for his satirical poems and is very popular in the Hindi Kavi Sammellan circuit. He has also written for TV serials and films and acted in some. The Government of India has conferred the coveted Padma Sri on him this year.

The recipient of the award for year 2014, Sri Balendu Sharma Dadhich is a journalist and a technocrat. He is a noted name in the field of free and open source software for Hindi and Indian languages. His research and thoughts on Unicode and Indian languages deserve special mention.
The Award Presentation was preceded by the special screen of “The Aryans”, a documentary written and directed by Ranjan Kumar Singh. The film captures the lifestyle of one of the primitive, but dwindling tribes of the world as it traces the history and culture of Brokpas, a hill tribe confined to only four villages, namely Dha, Hanu, Garkhone and Darchic in Ladakh, India.

All these villages lie along the River Indus. Two of these - Darchic and Garkhone - are located close to the Line of Control and are often faced with hardship because of the prevailing political conditions. The Brokpas take pride in their Aryan identity while claiming to preserve the purity of the race. They have nothing in common with the rest of Ladakh. As their fair complexion and well-built physique is in total contrast to other Ladakhis, so is their customs and value systems. For years they have been guarding their purity by preventing inter-caste marriages and limiting the choice of their partners to within the four villages. The film has been extensively shot in Darchic, an otherwise inaccessible location for general tourists. 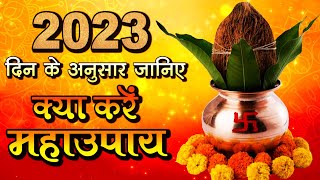